I am sure we have all heard the saying but it seems to ring true in so many situations. It becomes extremely relevant when taking on as large a task as completely rebuilding a vehicle. Obviously you need the right tools and expertise but you also need a plan. Let’s face it, planning is a skill in its self and some people just don’t have it. Not to fear, like any skill it can be learned and even augmented by tools. Spreadsheets and whiteboards have been the planners best friend for a long time and there are workbooks published specifically for rebuilding a car. I have been a fan of Trello since i discovered it several years ago and I have been looking for a good excuse to put it through its paces. I plan on tracking this project there and in public so if you feel like checking it out you can search for the first phase “D150 – Rolling Chassis” and follow along. 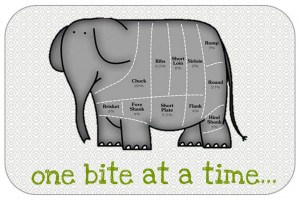 Speaking of phases, this rebuild will be broken down into three separate phases each with its own budget.

So what is the goal? Is the spring 2017 significant? I am glad you asked because it is. There is an event put on by HotRod Magazine every year called the Power Tour. Click here for a recap of the 2014 edition. My son will graduate high school in 2017 and I thought taking him and this truck on a tour of a portion of America with a bunch of like minded car lovers would be the experience of a lifetime. Maybe you could join us! See you soon with more updates.